We invite all the “Pari” people every third Saturday night of the month to L.A.’s newest neighborhood bar in Highland Park – Nativo.

We are SO excited to announce two very special guests, the incredible @qviolin & @sunshinezerda performing live! 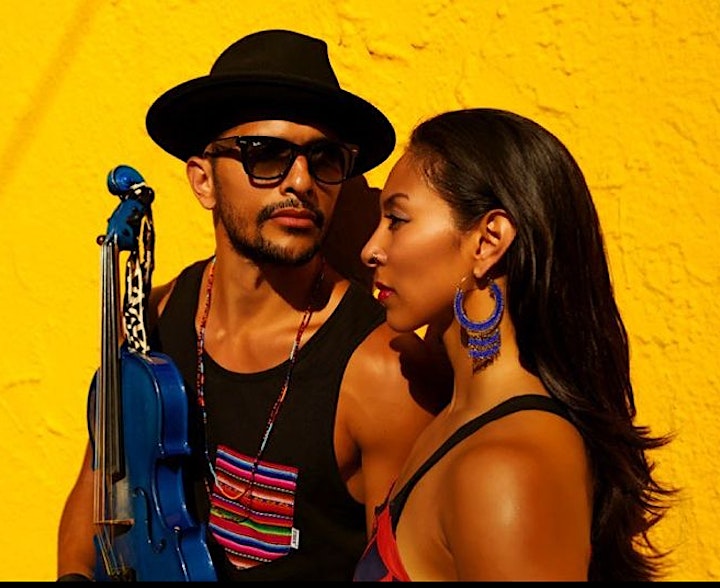 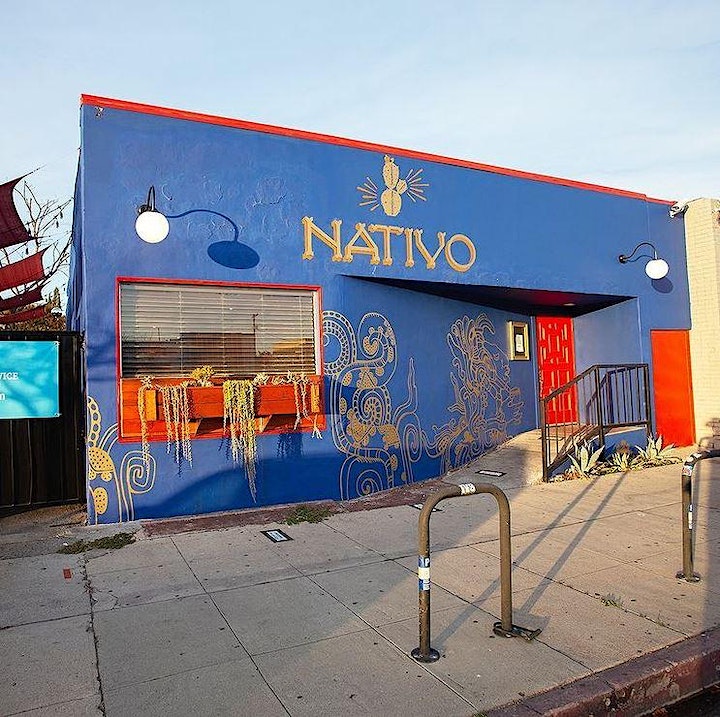 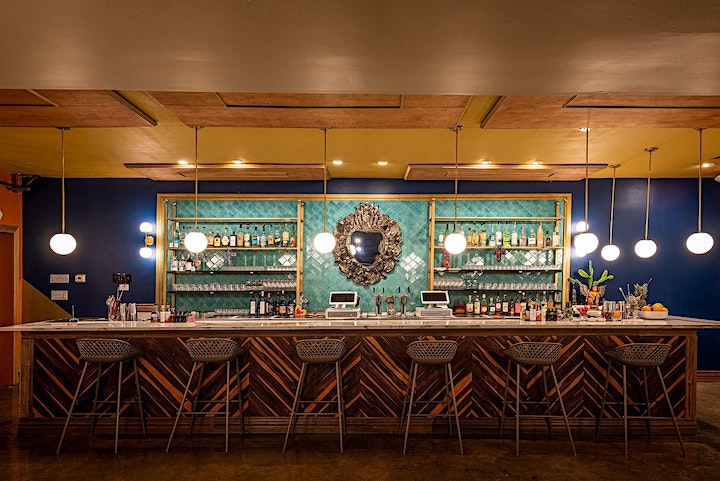 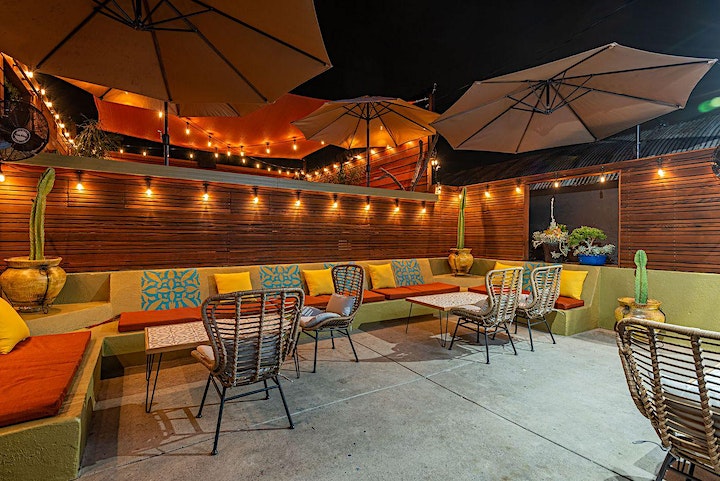 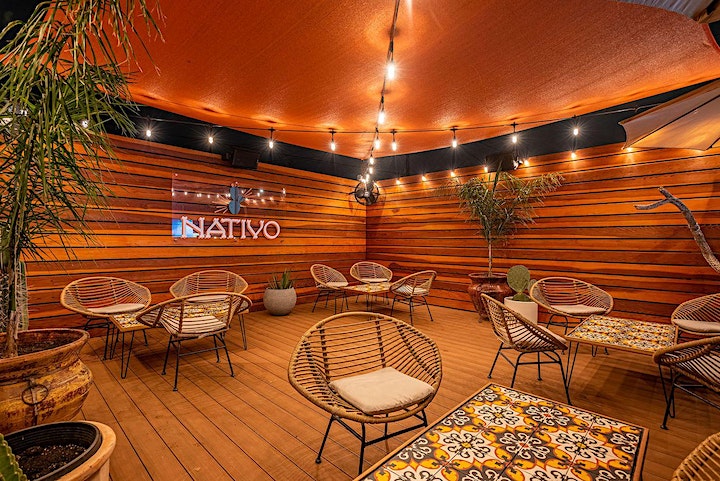 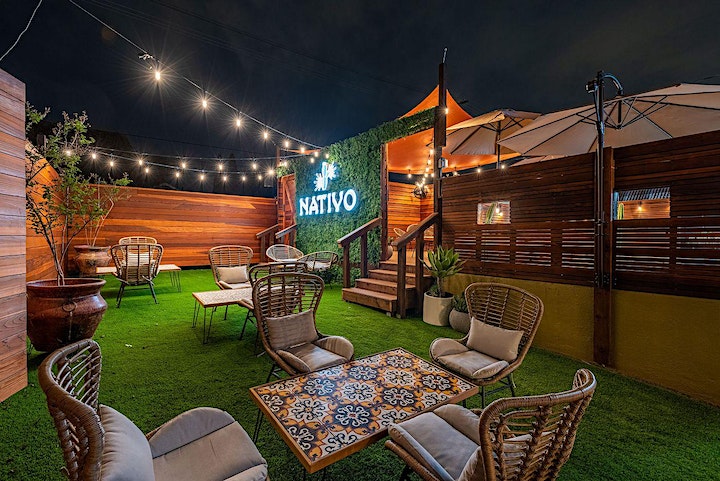 Summer isn’t over yet…getting ready for one of our biggest tardeadas yet!

We love this spot for our ‘day parties aka tardeadas” and love the idea of enjoying music, friends, and sunshine’ together in a place that feels like home. PLUS, for those weary about attending indoor events, this can be your jam since the patio is open-air on three sides with an open roof.

ALONG WITH RESIDENT LA JUNTA DJS

The day is coming up quick, so mark the date, make some plans, RSVP for that FREE ENTRTY and let’s do summer right! 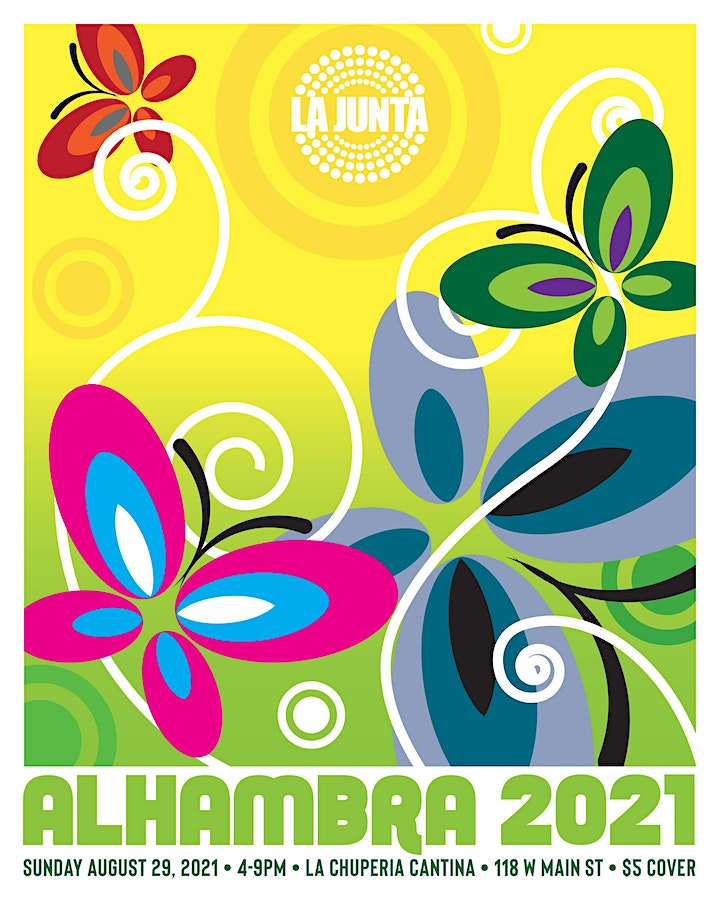 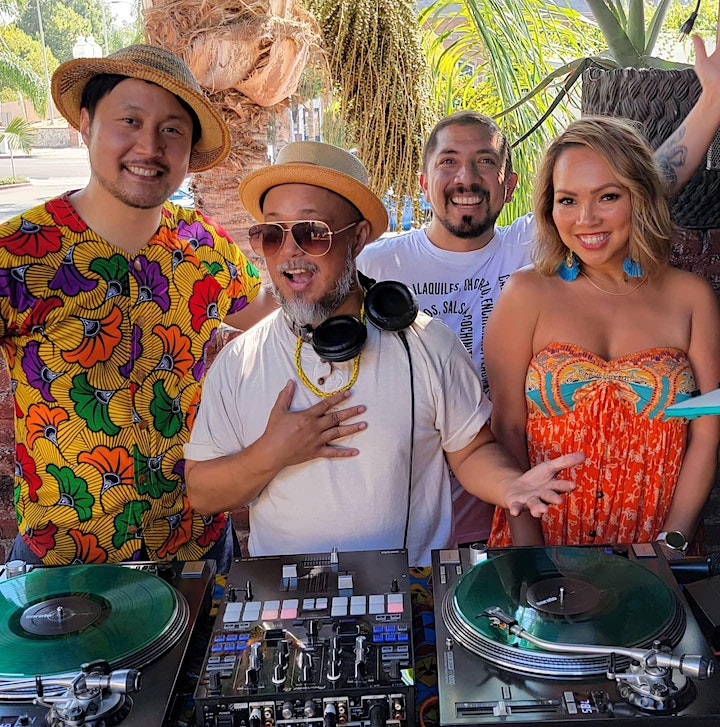 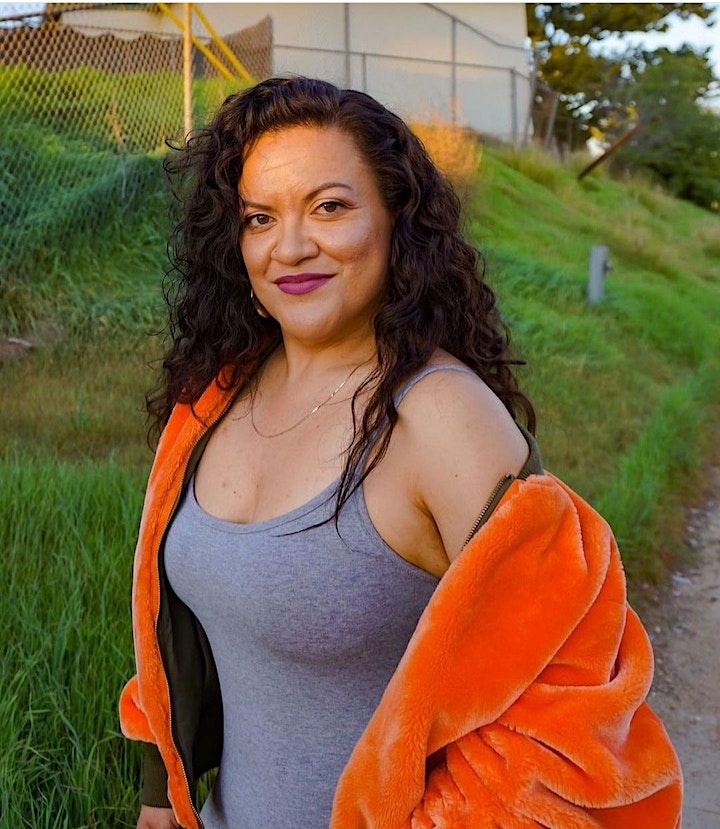 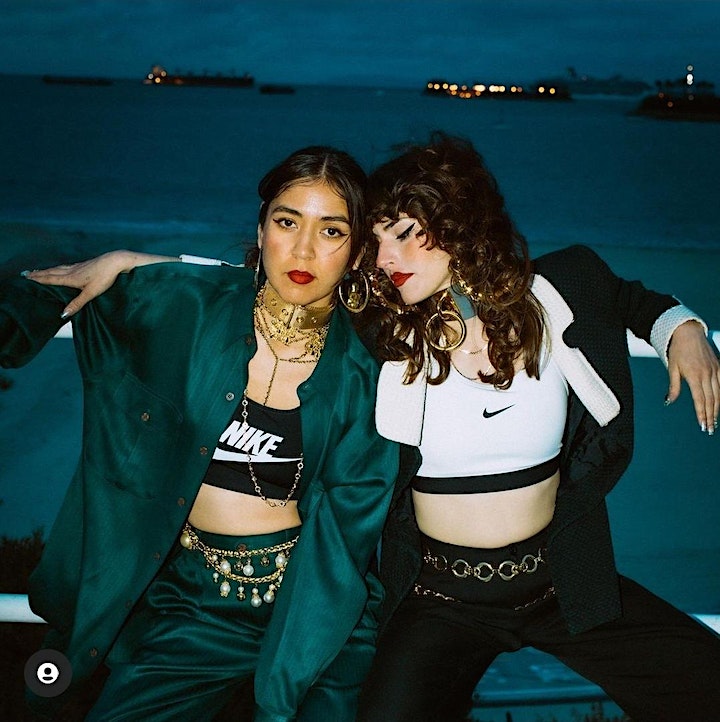 Happy Summer, Everyone!
We’ve all been saying the words and thinking wishfully for about the past month, but as of this week, our thermometers back it up…Summer is here!! La Junta returns with our second brunch event, and we’ll be outdoors as it should be, with all the amazing tropical music, backyard party vibes and delicious food and drink.
Sunday, June 30, 2019 | 12pm to 5pm (??) | 21+
The Fields LA
(adjacent to Banc of California Stadium /LA Football Club)
3939 S. Figueroa St.
Los Angeles, CA 90037
https://www.thefieldsla.com/
Resident dj’s, La Junta Sound System
&
our very first all female band, the cumbiamberas of Son D Amores!
We have plenty of seating in our spacious outdoor patio but early arrival is suggested to claim the best spots.
* * * * *
TICKETS!!
$5 Presale (online only)
$10 at door **Guest arriving between noon and 1pm qualify for their choice of 1 FREE food item
OR
Take advantage of our UNLIMITED Mimosa package (available at door only): $25 per person = Admission + UNLIMITED Mimosas
*****
$15 parking located @ Lot 6 (Corner of Hoover St & W Martin Luther King Jr., Los Angeles, CA 90037)
Live in the area? Don’t drive – take the Metro (Expo Park/USC Station)
More information at http://www.lajuntala.com
See you soon at The Fields LA!
xo
LA JUNTA Los Angeles

Alright, friends…
[drum roll please]
Announcing…our first summer show of the year!!!
We know many of you have been waiting to see what La Junta’s summer event schedule is going to look like, but believe us when we say that no one has been feeling the anticipation more than we have! Now that things are set and we’re starting to prepare for show day, it’s time to share it with you:
LA JUNTA 2019 SUMMER KICKOFF BRUNCH
Sunday May 26, 2019 | 11am to 5pm
The Fields LA
(adjacent to Banc of California Stadium /LA Football Club)
3939 S. Figueroa St.
Los Angeles, CA 90037
https://www.thefieldsla.com/

That’s right…New season, New venue, New hours! We jumped with excitement at the opportunity to host our signature outdoor gathering at LA’s newest hub for community entertainment and we can’t wait to be out in the sunshine with you. With the venue also came the option to try a new format for our party and the idea of Sunday Brunch set to La Junta’s brand of tropical music and accompanied by a mimosa station and three full bars sounds sublime. Right?!
Not everything has changed though. As always, our resident good guys, La Junta Sound System, rock it from the decks, joined onstage by the fun, guitar riffing, cowbell slinging sounds of LA’s Spaghetti Cumbia!! So get ready to text and tag your crew on our event page as we kick off another summer of music, sunshine and friends. La Junta is back!!
* * * * *
$5.00 presale online only and $10 at door (to support live music!)

(above packages limited to first come, first served seating only)

The year is already moving fast so La Junta crew are here checking in and letting you know about something new. We’re throwing our first ever Valentine’s Day dance party!
On the evening of Thursday, February 14, you’re invited to our event BRINCA (jump!), twenty-one floors above the hustle and bustle of our city, along the DTLA skyline at the beautiful Elevate Lounge. We can’t wait for you to see the space and all the good vibes we hope to create together. Couples, singles and groups big or small are invited to come on up and dance hard with all the Love you’ve got!
Live performance by Rickstarr Ferragamo of the widely popular Gasolina Party. Along with our friend Hernan Cardenas aka 2Deep (Gasolina Party), La Junta Sound System ( Glenn Red , David Cardena-degruvme & Yuki Shimotakahara) will be rocking sets of our fiercest dance floor jams, so expect big beat cumbia, reggaeton, tropical bass, Latino hip-hop, afrobeats, dembow, moombahton and more. So get your slow dancing in before you arrive and be ready to jump 😉
Make sure to get your Valentine “kisses” from our beautiful hosts Rebecca Mercedes Guzman (Gasolina Party) & Prescilla Cardena (La Junta LA).
Tell your lover, tell your friends and let’s celebrate and elevate.
****
February 14th, 2019
9PM – 2AM * 21 & Over with ID
FREE before 10pm with RSVP
$5 LIMITED PRESALE TIX- Online Only (see link below)
$10 Tickets available at door
****
WANT TO RESERVE A TABLE? – Reservations guarantee you
8 entry tickets to our event. Email events@lajuntala.com.
Due to high demand, we suggest booking ASAP!!
****
Elevate Lounge
811 Wilshire Blvd., 21st floor
Los Angeles, CA 90017
http://www.elevatelounge.com/
**Valet parking located @ 811 Wilshire Blvd.,
Los Angeles, CA 90017
xo
La Junta

Hola, Everyone!Though we probably need a few more days to recover from the amazing madness of this past weekend’s La Junta special event featuring Novalima and Chacombo, we wanted to remind you that we’ll be returning to our regularly scheduled programming on SUNDAY AUGUST 26!!For this second to last getdown of the summer, we’ll be featuring one of Sao Paulo’s longtime favorite deejay/producers flying into LA for his first ever visit, plus two well-loved local bands who’ll float seamlessly across northeast Brazil’s beautiful but lesser known forró music to the funky and soulful samba styles made popular by celebrated artists such as Jorge Ben and Tim Maia:DJ TAHIRA

Happy Summer, Everyone!
Those of you who have followed us for some time know that 2018 has been La Junta’s busiest summer (and year) ever…and we’re gonna crank it up another few notches with this:

Chacombo is an insight to the musical traditions of the AfroPeruvian culture from the coast of the country. The band is fun and enthusiastic with lots of high energy, using the national instrument of Peru, the ‘cajon’, along with the ‘cajita’ and the ‘quijada de burro’ (donkey’s jawbone). The cajon is now known worldwide, but its roots originate in the Afro Peruvian culture. Chacombo engages its audience with a tradition that has been around for several centuries driven by the ingenious creativity of the Afro-Peruvians. Playing hits known worldwide such as “Toro Mata”, “Guarangito”, as well as incorporating compositions that have traveled many generations in the other genres arranged to fit the contagious rhythms of Festijo, Lando, Zamacueca and much more.

Happy July, Everyone!We know you’re thinking about your Independence Day plans, so before the chillin’ n’ grillin’ begins, we wanted to squeeze in the announcement of our next show and our new home!
SUNDAY JULY 29…as has been our luck with each new venue thus far, we’re going upwards again! Join us on the 4th Floor Pool Deck of HOTEL INDIGO in DTLA, just a few blocks away from Don Chente!
We’re calling this event our ‘MIDSUMMER MIGRATION’, going all out to bring as many of the same elements to our new digs: amazing live music, fantastic deejays, two full bars, food, cabanas & table seating, our awesome vendor village, and of course, all the beautiful vibes! And yeah–you read that right–we now have a pool! So as the party heats up, feel free to take a cool dip…towels will even be provided!
To help welcome you to our new space, LA’s CUBA RUMBA (Tuesdays at Caña) will be on hand to perform live salsa and Afro-Cuban rhythms, while Austin, TX fave Eddie Campos Chorizo Funk (Peligrosa, Austin Boogie Crew) joins La Junta Sound System on the decks to keep the dance floor poppin’!! On top of that, the good folks from JACK DANIEL’S®  will be on hand with whiskey drink specials and giveaways, while all of the day’s music comes powered by QSC (boom!).
Get ready for an amazing second half of summer!!
$5 (NO FEE) LIMITED PRESALE – http://www.LaJuntaLA.com
****
WANT TO RESERVE YOUR
TABLE/CABANA / PATIO SEATING? BUY TICKETS HERE – Reservations guarantee you 5 to 15 entry tickets to our event!
Due to high demand, we suggest booking ASAP!! Have questions please email us at events@lajunta.com
****
HOTEL INDIGO
4th Floor Pool Deck
899 Francisco St (at 9th St)
4PM – 10PM * 21 & Over with ID * $5.00 online and $10 at door (to support live music!)
**$10 parking located @ 1000 W 8th St, Los Angeles, CA 90017
Live in the area? Don’t drive take the metro http://media.metro.net/riding_metro/maps/images/rail_map.pdf
xo
La Junta

We at La Junta are still riding the good vibes from the last tardeada on Memorial Day weekend, but it’s already time to share the lineup for our next show here on the interwebs!

Joining us on SUNDAY JUNE 24…

QVLN – Quetzal Guerrero back from Sydney, and fresh from performing in Bardeux, France for a FANIA event, QVLN is closing out his West Coast tour at La Junta!

+ special guests, live and undoubtedly one of LA’s finest deejays/tastemakers

Woohoo!!! While we’re incredibly excited about our scheduled performers, if you remember our big announcement at the May event, you know that our June show will be simultaneous amazing and bittersweet, as it will be our last at DON CHENTE DTLA, who’ll be closing their doors in mid-July with the sale of the property on which it stands. Yep, that’s right…our final gathering on this particular rooftop (boohoo). Have no fear, though…we’re not going far. We’ll share our new DTLA rooftop location in the coming weeks 😉 For now, gather everyone you know and let’s close the place down right and go out BIG!!! Make plans, get ready and we’ll see you on the 24th!

As always, our resident good guys– Yuki Shimotakahara , David Cardena-degruvme & Glenn Red –will be mixin’ the summertime feel good rhythms on the decks, so let’s kick off another amazing summer up on the roof. See you soon at Don Chente!

WANT TO RESERVE YOUR – SOLD OUT

Due to high demand, we suggest booking ASAP!!

**If you park a bit more south and uber/lyft for $5 or less you can have one extra drink with us :D**

Live in the area? Don’t drive take the metro http://media.metro.net/riding_metro/maps/images/rail_map.pdf